Eleanor has asked me to write something about Easter. Eleanor is our Blog Mistress.

I was wildly disappointed with Alain de Botton’s Religion for Atheists. I usually like de Botton very much, and this book was bland and preachy.

I have been prepared lately to consider the uses of religion: for social cohesion, community-mindedness, and a structure for kindness, for instance. My argument so far has been thus: if you pick and choose the bits to believe in – that it’s good to be good to your neighbour, and to feed the poor, but not good to admonish gay people, because come on, it’s the twenty-first century – you prove to yourself that you didn’t need religion in the first place. Moral relativism and responsibility is encoded in us naturally. All you’re left with, without God, is the problems with religion – obviously the wars and stuff, but also sloppy mindedness and waiting patiently for happiness.

So, like I said, I have lately been prepared to consider the other side. Not of course that God exists but that religion might be good for us. Consider: Richard Dawkins said, at a conference I’m hideously ashamed of myself for attending, that gratitude is imbued in us by evolution. Just like being co-operative can be a passive, unconscious ‘strategy’ for our genes to cycle into the next generations. The conference was for atheists. Guess what, stupidity and atheism are not mutually exclusive. Worse than the lynch-mob jeering the placard-bearing Christian soldier out the front of the Melbourne Exhibition Centre was the presentation on ‘Feminism and atheism’. Who cares, went the argument, chicks rule (cheer) and God’s dead (woo hoo). It was hideous.

Anyhow, the reason I’m thinking about whether religion might be healthy somehow is basically because I’m getting old and conservative. (Comparatively). I’m mostly worried about people being nice to each other, except for Mummy Bloggers, who I despise and wish to put an end to, a final end. I also really like watching rom-coms; I routinely veto films in which a parent dies or any pets are sick or sad (emotionally scarred by Dumbo).

I’ve teased (and tested) my friends a bit too, about the possibility of finding Jesus – me, who is known to her loved ones as a ‘fascist’ and ‘zealot’, and also ‘aggressive and arrogant’, when it comes to preaching about why religion isn’t good for us. A particular sticking point for me, at least me in my pre-rom-com state, is ‘tolerance’: if you believe in magic, I will think you’re weird and stupid. Why should I ‘tolerate’ you? Dressing up your belief in magic with words like ‘spirituality’ and ‘fate’ will make me ‘tolerate’ you even less for your sloppy logic, i.e. if you are going to believe in fate, have the guts to call it God.

Apparently, if I do eventually locate Jesus, I won’t have many friends left, not even a boyfriend (‘It’s a deal-breaker’). Those of my friends who were at my eighteenth birthday a decade ago know that I once knew Jesus very well. My mother decided that my birthday party was the perfect time to wheel out the religious poetry I wrote when I was ten: God gave me hands to touch the earth / Beneath the moonlight sky/ And eyes to see the little birds / flying in the, um, sky. Funnily enough, should I ‘fall’ again, my boss David would probably let me keep my job, and might even stay my friend. After all, he employed me and was nice to me when I was in the throws of cult hysteria (i.e. at university) and thought it was funny when I told him that postcolonial and feminist theory were not, in fact, a way of thinking, but a religion.

Clearly we have tendencies in that direction: gratitude, spirituality, a greater purpose for us. That’s ok (see how grown-up I am). We also have tendencies in the direction of violence, sexual exploitation of each other, and not liking people who look different to us; being ferally competitive about our children, or worse, revealing to others the details of their eating and sleeping habits. There was a letter in the Age last week, to the sex therapy agony aunt, that said something like: ‘Help – I’m a feminist, but I want my husband to spank me!’ Clearly grown-ups should, in this order: respect such urges (to be sexist / grateful to God / write mummy blogs) and then, promptly, quarantine them – to the bedroom, in the case of the spank-me feminist. That’s what makes us civilized.

So spanking is akin, then, to celebrating Easter? The safe expression of a baser urge? Not quite sure how I ended up here but there you go, something for Easter.

Blog Mistress here – that sounds kinkier than it is, particularly in an afterthought to a blog that compared a good spanking to celebrating Easter. I feel that it’s my duty to let the blogosphere know that the Wim Delvoye exhibition ends on Monday 9 April. It’s an appropriate closing weekend, and not just because there’s a four-day holiday, if you’ve seen the exhibition you’ll know why, if you haven’t, then you should visit this weekend and find out.

Also, I think I tend to agree with Mead in that maybe religion does have something to offer. Although I do firmly believe in her first argument on religion, before she was older and more conservative, that the good bits are nice because they’re nice ways to behave towards your fellow human, and what you’re left with is an excuse for the bad stuff; wars, hate crimes, greed, closed mindedness and rejection of that which is considered 'other'. But maybe that’s the same for any societal group, religious or otherwise. Anyway, her post prompted me to think about this, in time for Pesach (Passover).

Technically, I’m Jewish, on my mother’s side: Judaism is generally considered matrilineal; if your mum was a Jew then you are too. This makes sense to me because, let’s face it, it would have been a lot easier for people to be more certain of who your mother was than who your father was. Anyway, when both of my grandparents passed away recently I experienced my first Jewish funerals. They were vastly different to any other funeral I’ve been to. There were no hideously expensive coffins, no elaborate bouquets of flowers, no dressing of the deceased in their ‘Sunday best’ – none of which relate strictly to other religious funerals, by-the-by. Instead the bodies are stripped naked of all of their material belongings, wrapped in a plain white shroud and laid to rest in an unadorned, simple casket. Firstly, this seems like commonsense again – I like Judaism’s practicality – because, I’m dead and I don’t give a shit what I’m buried in. Sure, if it makes you feel better about it all then go ahead, but personally I’d rather you gave the money to people who were still alive and could enjoy it and benefit from it (take note future offspring). But that aside, what this process is meant to symbolise is that we are all equal in death, and I like that idea too. Whether you were a king or a pauper you’re one and the same once you’re dead. That’s the nice part of the religious ritual that I took away from the experience. However, after I extracted that I was left with the problems, some of which are what have made me decide to steer clear of Judaism, or any other religion, since I escaped mandatory ‘religion classes’ in (public) primary school and my mother’s fleeting and halfhearted attempts to introduce me to the religion as a child. The women and men were segregated, sitting on opposite sides of the funeral home, the men closest to the deceased. After the burials, first of my grandfather and then a few weeks later of my grandmother, came their respective Shivas, traditionally seven days of mourning, during which there were prayers for the deceased’s soul. The catch, though, is that we needed an orthodox Minyan, a quorum of ten Jewish males who are aged thirteen years or more. Women’s prayers don’t count for much, apparently. We had a tough time wrangling up ten capable Jewish gents at my grandparents’ nursing home. We managed, so I hope their souls benefitted. I left enjoying the really beautiful aspects I took from the experience, while missing my grandparents terribly, but also feeling like Judaism remains horribly sexist.

I also find it weird that I feel odd and put out when people mention the holocaust and being stingy, and when I studied The Merchant of Venice. Oh, and that I don't purposely buy pig products or shellfish.

That’s a long afterthought. I guess what I’m trying to say is, I agree with Mead, don’t I?

You might not, feel free to let us know.

Either way, go and see the Wim exhibition before it ends. 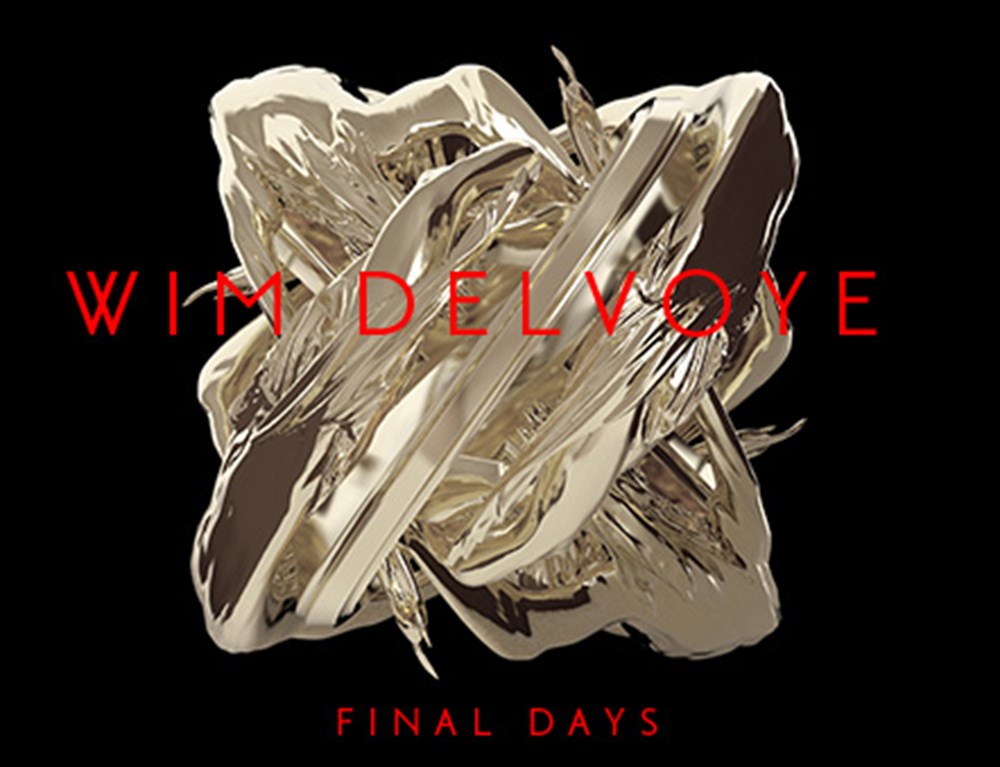 As someone who has experienced a good many masses over numerous Easters, I concur with Mead - celebrating Easter is like a damn good spanking (where else is there such an opportunity to whip out that good old Catholic guilt - so much pageantry; so much delicious, self-directed loathing).

Gee guess I'd take weird and stupid over being narrow minded and boring any day. Way to offend at least one religious group despite the census recognising Pagans as following a legitimate tradition.

I'm with the pagan!

All this logic and quarantining of baser urges will get you no closer to your god moment mead.

The Magician Alliance is up in arms as well. Apparently April 7 is a special commemoration of the day a bunny was pulled out of the hat, then returned to be pulled out again.

While the topic itself is both curious and timely (that being the question of the sociological relevance of theistic rituals within our predominately secular society), Mead has rendered her thesis largely impotent due to the number of grammatical and punctuation errors. The result is that the piece is both incomprehensible and ineffective.

For me it seems like the rise of the neo-atheism is actually allowing room for conversation about shared values without getting tangled in the word of God. Let's hope that it gives rise to a new generation of positive nontheism that coexists happily with the christians who live by the spirit of the word rather than the letter.

Saved as a favorite, I love your blog!