The truth about Cinderella

I have stepchildren, and I am one. I suppose it is for this reason that I picked up The Truth about Cinderella: A Darwinian View of Parental Love, by Martin Daly and Margo Wilson. According to the authors of this potent little tome, a child is one hundred times more likely to be hurt or killed by a step than a genetic parent; this fact has been aggressively shushed, they argue, in an apparent attempt to suppress unpalatable truths about parental love. Lacklustre investment in non-genetic offspring makes good evolutionary sense. Parenthood carries with it an onerous commitment; the genes ‘for’ indiscriminant nurturing could not be favoured by natural selection. Indeed, infanticide is a regular feature in species such as langurs and lions. In humans, the ambivalence and conflict that tends to characterise step-relationships is

the predicable consequences of putting people who [have] no human reason to love one another into a relationship that [is] structurally analogous to – and [has] to serve as a partial substitute for – the most intimate of loving relationships, namely that of parent and child.

Ouch. I appreciate the urge to suppress such sentiment. In my early step-days I picked up a book, a manual of sorts, and was so traumatised by the terrible things it told me about step-life that I burned it.1 Had I encountered Daly and Wilson’s book at that time I probably would have had some sort of emotional and psychological meltdown. Most people, as they are quick to point out, try really hard to be good to their partner’s sproglets, and most feel bonded to them at least some of the time. No one wants to be told they are a stiff breeze away from bludgeoning them to death. (Actually, I did tell my step-sproglets about the likelihood of me bludgeoning them and they thought it was brilliant, and immediately set about brainstorming ways to ‘set me off’.) There is an argument – empirically unsound, but perhaps defensible on grounds of human sensitivity – that we’re best not to talk about such things. Stepfamilies need all the help they can get. ‘Cinderella’ – and the plethora of similar tales that exist in cultures the world over – doesn’t help.

To say, in those early days, that I had a lot riding on getting along with the sproglets is putting it mildly. Of course my nascent family harmony was at stake – but so, too, I felt, was my very human decency. And in hindsight, I was right. It was. Not because step-parenthood is (or should be) the same as the ordinary variety of parenthood (which was what I believed at the time), but precisely because it is different.

Common wisdom dictates that genetic parenthood is an expression profound selflessness, an apotheosis of sorts. Even Daly and Wilson describe it as ‘the most nearly selfless love we know’. I don’t get this. For me, motherhood is distilled selfishness, in the sense that I am slavishly following the dictates of my most basic desires. The outcome looks selfless in that it benefits my child at apparent cost to myself, but that ‘cost’ is really my own benefit. Such is the circuitousness of human motivation. Motherhood, while intensely pleasurable for me, has not improved my self-esteem so far. Step-parenthood, on the other hand, has been an unequivocal source of pride for me personally, and a well of assurance about the basic goodness of human nature in general. You see – and sorry to state the obvious – humans are not langurs and lions, in that our complex social lives necessitate a keen awareness of the consequences of infanticide and other gratuitously self-serving behaviour. More than that, we are powerfully driven – again, by natural selection – to want to do ‘the right thing’, whatever that might mean at any given time and place. To that end, it is just as ‘natural’ to overcome ambivalent feelings towards step-kids, and to offer them kindness and companionship, as it is to have those ambivalent feelings in the first place. The fact that there’s a step (ha) in between (or up, if you will)… That’s the real apotheosis, and one that we, people, can be proud of. 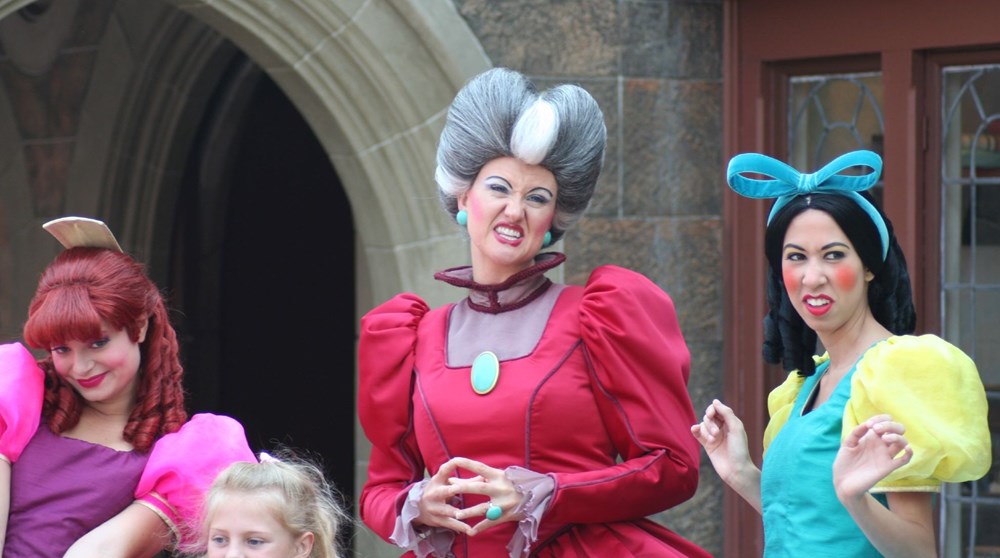 But what is "natural selection"? Where does it begin or start from? How many steps down does one take? Do we know? or do we draw a line and say its "genetic" as if DNA is the basis of life when we know so well there are more 'basic blocks' engendering the distinction 'life'?
Is much said about step-children and their reaction to blended/ curdled family situations? I bet step-patricide is probably more on the boil than step-infanticide...