We could tell you, to start, that Matthew Barney’s River of Fundament is a literary adaptation, but that would be misleading. True, it is based on Norman Mailer’s Ancient Evenings—a strained, difficult tome, not quite the American masterpiece its author (who was not quite Hemmingway) intended, but too ambitious to ignore.

The story goes: Mailer approached Matthew Barney in the dappled glare of Ancient Evenings’ critical reception. (‘Mailer’s readers will learn rather more ancient Egyptian mythology than they are likely to want or need,’ wrote Harold Bloom in his review. But find ‘more than enough bumbuggery and humbuggery to give them their money’s worth.’) Mailer asked Barney to read Ancient Evenings, ‘at least the first one hundred pages’; perhaps he envisioned a film adaptation that would consecrate the novel in the manner it deserved. In truth, Mailer had already worked with Barney on his film Cremaster 2, part of the cycle of films that made Barney famous. ‘I don’t want to make films right now,’ Barney said to him. ‘I want to try something different.’ He had been discussing, with long-time collaborator Jonathan Bepler, taking on the form of opera. ‘I had lost my way with the films I had been making,’ he says. ‘I felt that I was going to repeat the same pattern over and over again.’

Barney did read the novel, though, right the way through. Not long after, Mailer died.

A brief note about the Cremaster film cycle: the cremaster is a muscle that controls testicular positioning in males, in response to arousal or fear. Barney is clearly interested in the symbolic potency and vulnerability of masculinity. It seems relevant to note his history as an athlete; more so, an ongoing project, called Drawing Restraint, in which he makes artworks under various forms of significant physical oppression. ‘Right from the start I wanted to put my own body into my work,’ he says. ‘As an athlete you understand that your body requires resistance in order to grow.’ The difference between this and Mailer’s own approach (David Foster Wallace places Mailer alongside John Updike in the canon of ‘Great Male Narcissists’) is that Mailer’s masculinity is an end in itself; Barney’s, a passage elsewhere. If this seems hard on Mailer, that’s because he’s not in fashion at the moment. He doesn’t tap our current milieu. Is it possible the only difference between he and Hemmingway was that the latter was born at the right time? We’re not looking, right now, for tortured self-reflection on the place of man in a modern, alienated world. We’re looking for a vision for how base bodily reality might alchemise with our sacred ambition.

To Barney, then, and River of Fundament. The film—an opera in seven parts, to mirror the seven soul states of death in ancient Egyptian mythology—is a part-documentary of performances that took place in Los Angeles, Detroit, and New York City between 2007 and 2013. In each, the human protagonist from Ancient Evenings is replaced with the body of a car (an Imperial, a Pontiac Trans Am, and a Crown Victoria) of significance to American industrial history. Over the course of the opera, the car-bodies are destroyed in wildly imaginative ways; what you see on display in the exhibition is the condensed, desecrated car-corpses from the live performance. You will also find a selection of sculptures (film props, of sorts) and drawings. Here we see the ‘outrageous literalism’ (Bloom) of Ancient Evenings itself: the elements of the exhibition do not stand for something else, they are the outcome of the (outrageous) action seen on film. Perhaps, in the course of experiencing this opera and exhibition, you will learn rather more about ancient Egyptian mythology than strictly necessary, or about the American epic tradition, and the wreck of civilisations far and near. If so, you do well to remember (to evoke Karl Kraus, via Sigmund Freud, Harold Bloom, and Norman Mailer) that ‘only the craziest parts are true’.

Curated by the artist with David Walsh, Nicole Durling and Olivier Varenne 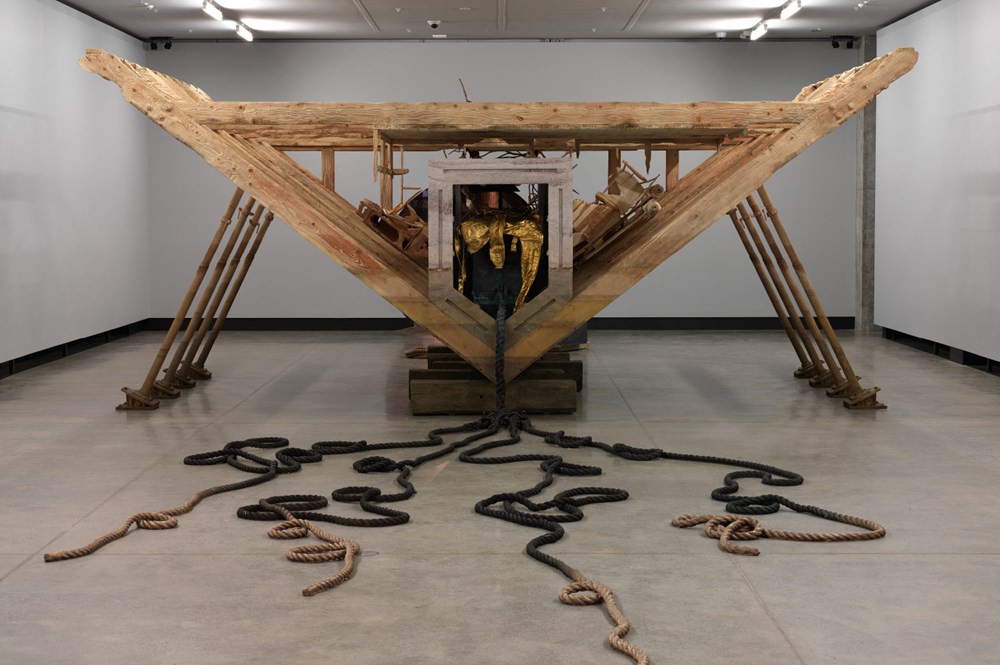 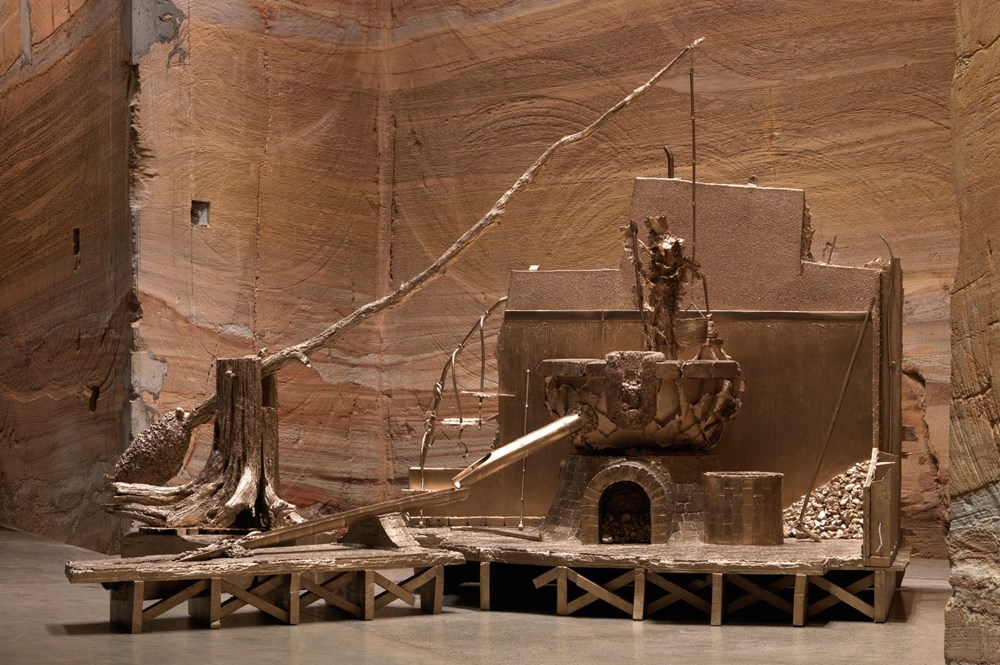 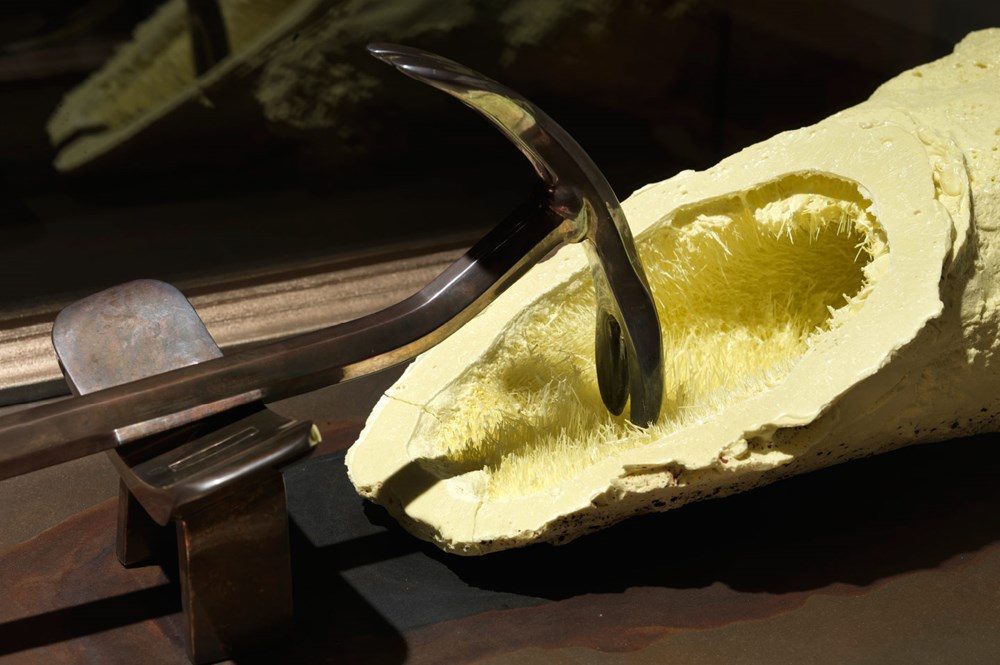