1. Involved in activity: occupied, busy
2. Pledged to be married: betrothed
3. Greatly interested: committed
4. Involved especially in a hostile encounter
5. Partly embedded in a wall (an engaged column)
6. Being in gear: meshed

I am engaged. I refer to the above definition and engage 2 and 3 particularly, and also 1 and 6, but also occasionally 4.

If you happened to have read an earlier post you will be aware that I was in the US when my younger daughter had an accident. I glossed over my purpose for travelling. Now, with Grace recovering, I think I can reveal that (and I may have already given the game away) I was in the US to propose to Kirsha. Kirsha is American, and she gave up a great deal to move to Tasmania to be with me. So it seemed fair to take her home while I got down on the proverbial bended knee. As the context may also have implied, she said yes. Yay! 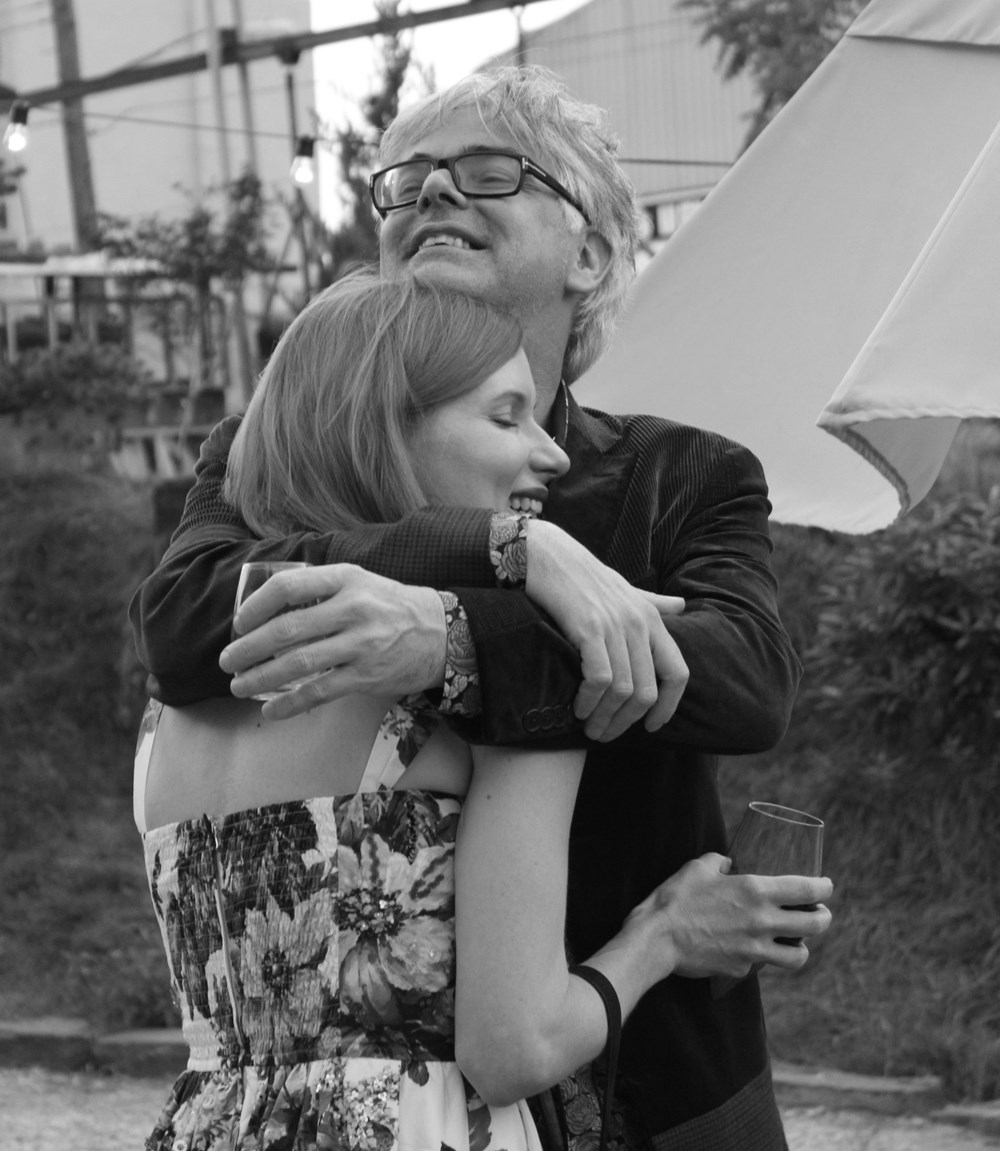 The deed was done in New York, where Kirsha has lots of friends. I also, to her satisfying stupefaction, secretly imported a few from elsewhere. We had a celebratory dinner afterwards. Several of Kirsha's best friends collaborated on the dinner, the highlight of which was a table crafted from blocks of ice. This proved to be apropos; New York was in the midst of a heat wave.

A few weeks before, while planning our somewhat one-sided rendezvous, I was preparing a quasi-contract for our mooted marriage on this very iPad in the middle of the night when Kirsha awoke, a rare event indeed, and asked me what I was writing. As a diversion I started writing a poem, and it turned out better than I had any right to expect, given its improbable genesis. I later got local musical polymath Dean Stevenson to turn it into a song. Listen here.

Most nights I listen to the soft susurrus
As you draw in and process atmosphere
Making it your own and owning me
As I'm surrounded by your exhale.

Sometimes, not often (at all)
I awake, not knowing I slept
And I feel you caressing
My back and kissing
Just as you were
Before sleep overcame me
And made me a victim
Of your relentless
Passion and redeeming

I'm surprised you have not completed the full suite of definitions as a result of 4 ending up with 5.

Thats love in all its intensity. Congrats forever.

Lovely words David, i had the feeling of an open window on a full Moon's night, curtain swept, awaking.. Fantastic imagery woven onto a canvas of relationship's dialogue, epic yet soft, full of humility.

Uncle Lloyd would be so happy.

Hi Julie, Do you happen to be Kirsha's cousin?

Hi, Emily: Yes I am. My mom and Lloyd are brother and sister. Julie:)

What terrific news. I am a friend of Kirsha's, she is thrilled you have posted on here as she would like to be in contact with you. Would you be happy to send your email address and I'll pass it on to her? Emily ;)

Sure! juliebonnette78@gmail.com Also - please tell Kirsha that my son Sam, is going to Stanford just like her daddy! Julie

Aint love grand? Wouldn't be dead for quids! Thanyou for sharing your strange and cellubrious passion!

Even though you write so well Walshy....a picture does paint a thousand words. So happy for you both...

How romantic very beautiful all the best for many many years of love and happiness together. I'm coming up for 48 years loving my man and still going strong. Would have been lovely to have a love song sung to me though, cherish this Kirsha so lovely.

Congrats Kirsha! Glad to see you happy. Just recently got in touch with Jing too...

As I drove home to Hobart from Launceston this morning, I saw MONA in the distance from the Brooker Hwy and suddenly remembered the first time I visited your beautiful magical edifice and thought how wonderful a gift it is to Hobart and Tasmania and then I saw this exciting post on fb tonight . So thank you David Walsh . Wishing you long lives, much joy and every happiness to you and your fiance.

Congratulations from your neighbours at Number 9. We are yet to met but wish you the very best!

Go for it!
P.S. Guess you'll be changing the parking sign at Mona then?

Thanks so much David for sharing so much with fellow Republicans in Melbourne, all Australians and the entire world - now your loving dedication to Kirsha also - inspirational on so many levels! Best wishes to you both for a wonderful life together, Julie

Oh joy, oh bliss, oh rapture! The best thing I ever did was marrying my true love.

"And I am not whole But I am all I need be And you are not all But you are all that I need" This took my breath away. Congratulations David! and gosh, isn't Dean a magician with music.

The others have said it all, so just CONGRATS from a girl in Melbourne

Congratulations to you, David and Kirsha xx I was at MONA yesterday and smiled at your car parks which I'd never noticed before. Will they be upgraded now to 'God' and 'Goddess'? Can't wait for MONA FOMA - hopefully it will be an amazing engagement gift to, and celebration for, both of you as well as your chosen city :)

Happiness to you both. Congratulations D&K from another D&K.

Congratulations David. Wishing you both joy and happiness!!

Huge congratulations David and Kirsha, wishing you both much joy and happiness, love, fulfillment and creativity - and may you never lose that spark. xx Robyn Lewis (Russell)

Wishing you both huge amounts of joy!

Thanks for sharing the love David. All the very best to you and K. Any tidbit of joy is most welcome given what we'll awaken to on Sunday morning.....

congrats from me, .... a lass from Lindisfarne who is unknown to either of you, but one who nevertheless wishes you much togetherness & warmth. x

How wonderful! Great poem & beautiful photo. Wish you both much happiness

What a lovely photo! Congratulations to you both. I don't know where you plan to get married but we are tying the knot at MONA next week. A special place indeed.

huge congrats to you both

Congratulations David and Kirsha! I know a good Celebrant if you need one!

- Why me?
- That is a very Earthling question to ask, Mr. Pilgrim. Why you? Why us for that matter? Why anything? Because this moment simply is. Have you ever seen bugs trapped in amber?
- Yes.
- Well, here we are, Mr. Pilgrim, trapped in the amber of this moment. There is no why.
Kurt Vonnegut

Enjoying the Amber. Enjoying your words. Congratulations, great to meet you.... Molly and Aari