The Christoph Buchel exhibition closes next month. It’s notable that it made it thus far. Buchel was incensed at our decision to remove the ‘Are you of Aboriginal descent?’ faux-genetic testing, which he felt damaged the artistic integrity of the project; at one point, it looked like we might have to deinstall the lot: the Southdale shopping centre, the C’MONA Community Centre, and the installation in the south-west national park. (It was too late to consider pulling the Australian Fair for Freedom of Belief and Religion. Did you realise that was part of Buchel’s work as well?) Obviously we didn’t want to cut short the exhibition, not only because we think it’s excellent, but because its genesis was so painful for everyone involved. So I’m happy to say our curators, Nicole, Jarrod and Olivier, worked it out with him.

During the multi-phased debacle, David made it very clear the genetic testing would not be reinstated. I agree with that. However, I don’t think we should have taken it down in the first place. This is not because I’m concerned about Buchel’s artistic integrity (if he was so worried about that, he should have let us name him as the artist from the outset instead of letting David and the curators cop the flak) but because I think the genetic testing is satire, and effective satire, and that Aboriginal people and history are appropriate subjects for satire in some contexts, as I will explain below.

In the days after the exhibition opened, we were moved by feedback from some Tasmanian Aboriginal people that the genetic testing was hurtful because it objectified them, and shocking because they had not been consulted. I was (and am) deeply sorry for the offense. Buchel had high-tailed it back to Europe, our sense of abandonment assuming a distinctly postcolonial air. This – Tasmania – is our community, harbour of our dark history, much as we machinate our legitimacy with European art-world credibility. David did not deliberate: the work was taken down. I wasn’t asked for my opinion, but at that time, it concurred with his. (I’ve since changed it. Why is changing your mind considered a weakness, in our politicians for instance? As David points out in his blog post apology for the genetic testing incident, single-mindedness is an arsenal away from totalitarianism and dystopia.) When we opened the museum in 2011, we expressly wanted controversy, and as you know, we didn’t get any. But this was shaping up to be a thin kind of controversy, unsatisfying for us, in the sense that we were conflicted about parts of the project in the first place. If David had believed from the start in the artistic merit of the genetic testing, neither he nor it would have budged an inch.

So common among us at Mona was (and is) a desire for solidarity with the Tasmanian Aboriginal community. But you and I know – as thoughtful, postcolonial citizens – that ‘the Tasmanian Aboriginal community’ is not a monolith, no more than ‘the Swiss’ or, indeed, ‘the staff at Mona’. If this slipped my mind momentarily, I was promptly reminded of it by the strong, varied response to the removal of the work and to David’s abovementioned apology. He was criticised on multiple fronts: for permitting the erection of the work in the first place (hurtful), for authorizing its removal (patronizing), and for censoring the artist’s message (draconian). Greg Lehman is right: the affair is a ‘measure of how tender the wounds left by the British ­invasion of Tasmania still are’. But so, too, is it a measure for the importance of representation of self and others in the process of healing those wounds. For me, this comes down to the right to engage with conventions such as humour, satire, hyperbole, irony, farce… no mere literary trifles, but rather, central modes of human identity-construction and expression. I believe it is appropriate to engage Aboriginal experiences in a satirical mode because those experiences are not tangential to, special cases of, the human experience. We should not be afraid to include Aboriginal people when we make fun of ourselves, and in doing so, come to see ourselves more clearly. Indeed, maybe ‘making fun’ is a measure of our humanity.

Further, the satire’s surrounding context establishes a productive, as opposed to malicious, intent. The Buchel project is about the nature of ethnicity; it pivots on the irony of Tasmania’s history of displacement and erasure (the fantasy of terra nullius was no where more bloodily enacted) alongside the dream, courtesy of one Critchley Parker, to replace the traumatised Jewish people in the wake of the holocaust. The Critchley story also feeds into the great Australia tradition of dying in the bush, itself a part of the man vs. nature drama at the heart of our national identity. In the past that drama has precluded Aboriginal presence, or subsumed it into the ‘natural’ forces to be overcome; the possession of the ‘empty’ Australian landscape has itself been cast as part of the natural and inevitable march of human progress. Buchel knows this and incorporates it into his broader intention, which is to juxtapose the absurdity of the Critchley dream with the silent horror of holocausts both near and far, the Jewish-inflected commercial imperialism of the shopping mall, and the ambivalent idealism of the community centre at the heart of the Mona enterprise – itself an impossible dream come true, but one that, some argue, has its own cultural imperialist implications for Tasmania. I believe, in this context, that the point of the satire is not Aboriginal identity itself, but the absurdity of trying to abstract, quantify, and objectify that identity – which is precisely what non-indigenous Australians have sought to do, in one way or another, since settlement.

My reading is consonant with my interpretation of other elements of the project. Consider C’MONA. On opening night, a colleague came streaming out of the Community Centre declaring offense on behalf of the persons participating (performing?) within. ‘They don’t know they’re a work of art,’ she said. ‘I am offended by that.’ She was referring to the people who had responded to our invitation to take part in what our website describes as ‘a fully functioning community centre… located on the bottom level of the museum’. ‘We seek to engage the full spectrum of the Tasmanian community,’ the brief continues (I know because I wrote it), ‘and invite proposals for workshops, events and activities representing a broad field of engagement and endeavor, including art and craft, discussion and debate, education, music and dance…’ There’s a St Vinnies, a library, and a children’s playground (my friend took her toddler there and sardonically enquired whether letting him wriggle down the slide was akin to artistic exploitation). The enthusiastic response includes groups like Students Against Racism, Community Health Knitting Group, the Tasmanian Suicide Prevention Community Network, and many more. On opening night, I was thrilled with unease as I toured the C’MONA ‘exhibition’. At first I thought it was because of the creepy-comical simulacrum of ‘the real’ that was taking place: C’MONA emphatically is a real community centre, and at the same time, a work of art, because what – after Duchamp – determines something as a work of art, other than its presence in a gallery? But my colleague’s expression of distaste – her sense that the participants were being objectified – has gradually revealed to me the depth of my ambivalence, and of C’MONA’s artistic significance.

It is in this way that controversy is valuable to us as consumers of art: because in the fallout, we clarify what is important to us. But is C’MONA art? Perhaps the question gives words too much power. It is what it is, whatever we label it. But then again, we need to answer the question in order to locate the power exchange that’s taking place. If C’MONA isn’t art, there is no abuse of power taking place, no exploitation or objectification; the people participating are not serving themselves up as fodder for us gawping art-world types. If it is art, that’s because it is located at Mona, and not in a town hall in Bridgewater (or wherever). The participants were not duped or blindfolded; they know where they are, and why. What makes us think they are not entitled to participate in their own objectification for the purposes of artistic expression? Why, again, is satire – or more specifically in this case, the use of metaphor – reserved for the elite? Or: does the permission to use and exploit the power of metaphor (C’MONA at once ‘stands for' a community centre and actually is one) confer elite cultural status in the first place?

When it comes to a painful past – the fingers of which stretch out to hold us in the present and the future – satirising, objectifying, making fun, are fraught. But so, too, is not making fun, locking members of our (human) race into a stagnant, stultifying, straight-faced literalism; not permitting them the privilege to laugh and to be laughed at, nor to turn the painful joke to political use. I have a sneaking suspicion, and not for the first time, that the joke is on us – Mona. Perhaps this is overdue. And perhaps it is the kind of controversy we’ve been wanting after all. 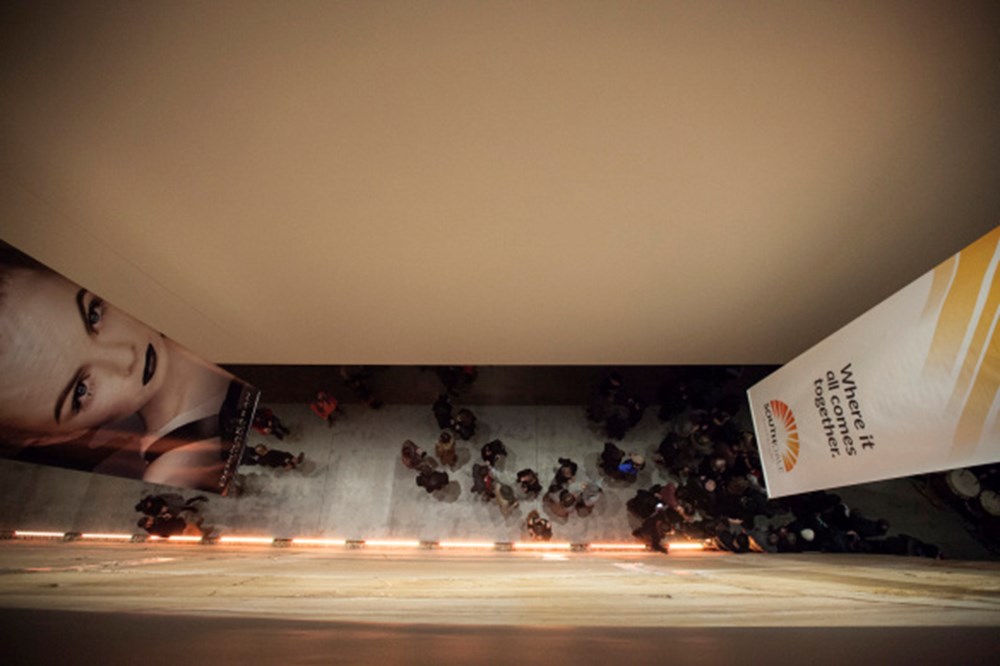 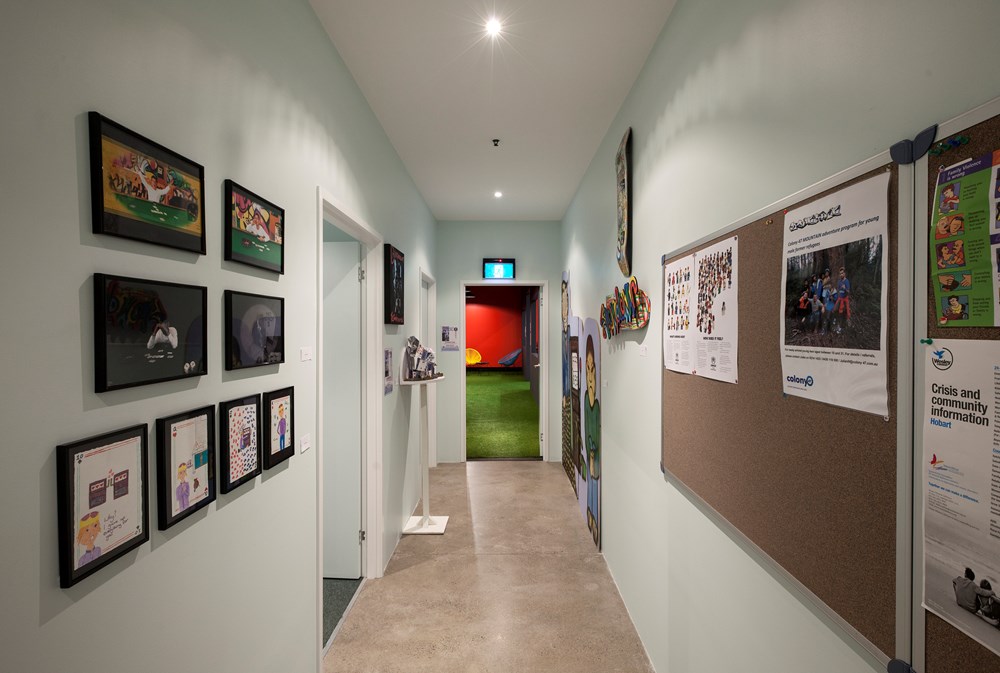 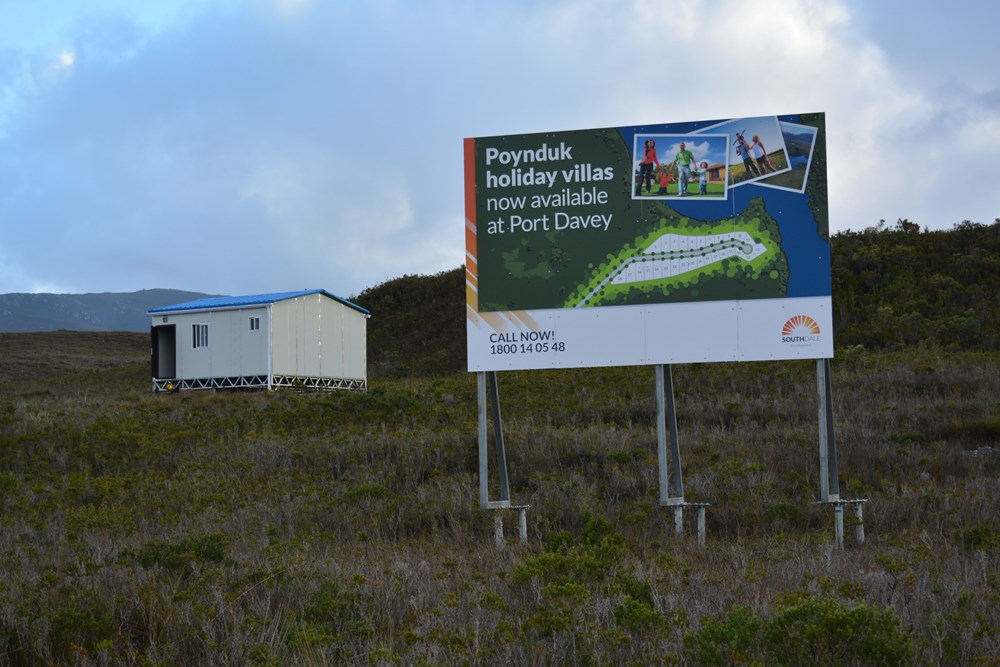 I really struggled to see any satire in the last shoppng centre exhibition. I don't know if it was the execution of turning a slick art gallery wonderland into what looked like a dirty airport. Or it was the unnerving community arts centre which made me feel like I was stuck in a psuedo lefty Tasmanian arts workers limp wet dream of art for the proles. It just struck me as what happens in government all the time, the leaders don't have any ideas so they ask the minions for some ideas who come up with 'acceptable: designed by a committee rubbish', pleases everyone and no one at the same time. Or was that the point?

Mona was a wonderland when I first went. I could see the works bought by one man and to his taste (and bank balance) it was better than a committee based gallery for that reason. The owner's money was on the line and it showed and to me that is what makes it great.

but if you could have a room full of Boyds, Nolans , Drysdales and Arkleys with the DC3 playing in the middle of the room I'd be a happy punter