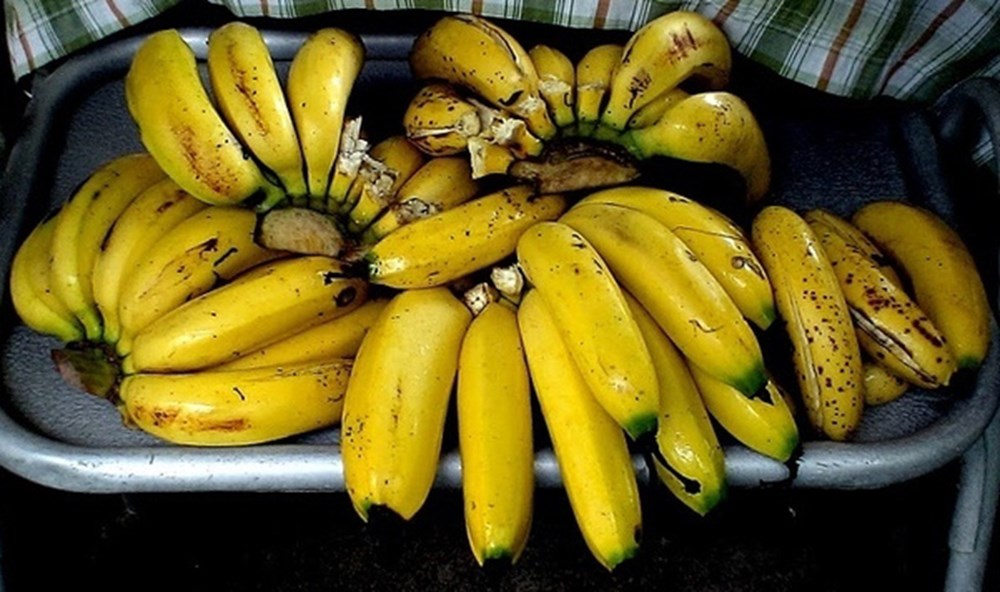 These are Gros Michel bananas. Unless you've carefully sampled exotic fruit varieties in Thailand, or are over seventy, you don't know what they taste like. Gros Michel comprised the bulk of all bananas sold in the world until the 1950s, when a fungus almost wiped them out. Now we mostly eat Cavendish bananas, but they are also threatened by disease. Banana varieties are clones. A single variety has no genetic diversity, and can thus be threatened by a single disease or parasitic species. This is a pathenogenic ('virgin creation') lizard, a Komodo Dragon. It is non-obligate, which means that individuals of this species can also reproduce sexually. In the short term pathenogenesis offers significant advantages. For the Dragons, who are island dwellers, it seems a great way for an individual to start a new population on its own. Obligate pathenogenic species have the significant advantage of not having to locate mates. But obligate pathenogenic species don't last long. They suffer from the ravages of rapidly evolving parasites, and they don't have the genetic diversity to express a sufficient range of phenotypes to respond to changing environmental conditions or inter-species competition. Asexual reproduction is a dead end. Fortunately, no man is a banana. And no little girl is a Gros Michel. 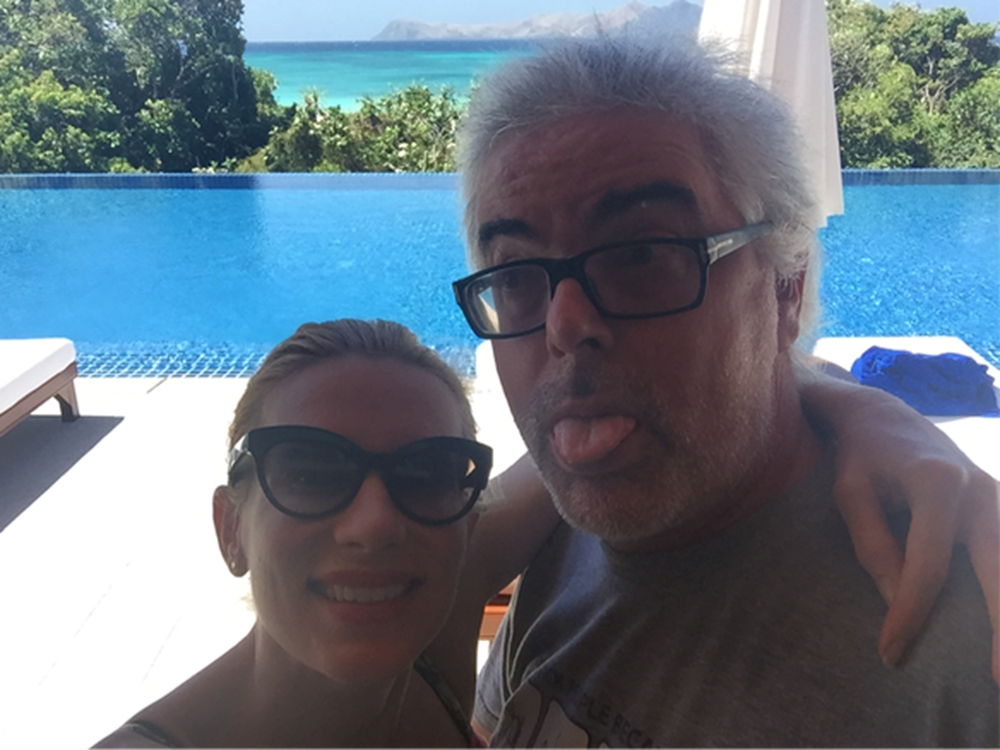 So Kirsha and David, each found a lover, found each-other, became bound to each-other, became mutual care-givers, and made another. And as members of a species within which individuals possess self-awareness, viewpoints can be expressed. Such viewpoints are typically congruent with biologically normative exigencies, but are expressed as if the social domain is dominant. This engenders a first-person narrative style. 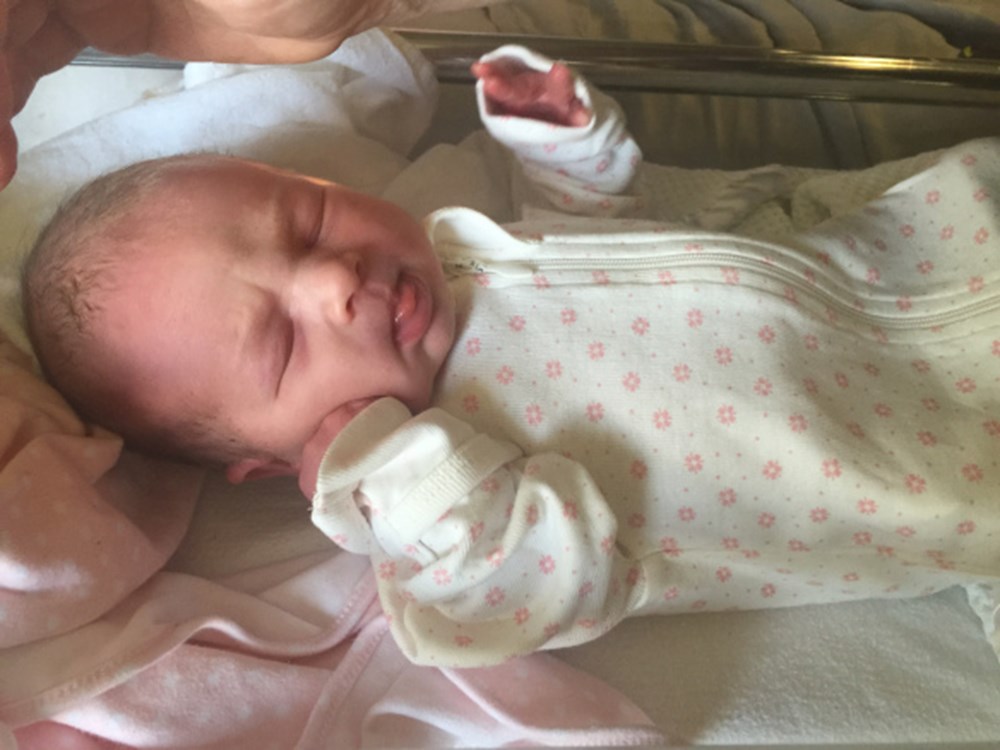 This is our freshly minted little girl. The physical manifestation of our evolutionary drives. We think she is beautiful, but we would, wouldn't we? Evolution sees to that. And evolution, often through concealed agency, sees to it that we express, or attempt to enhance, our social status by communicating our great good fortune at having a healthy by-product of our pair-bonding, and of our love. I could shout it from the rafters, or hand out cigars, but a blog should do the job. 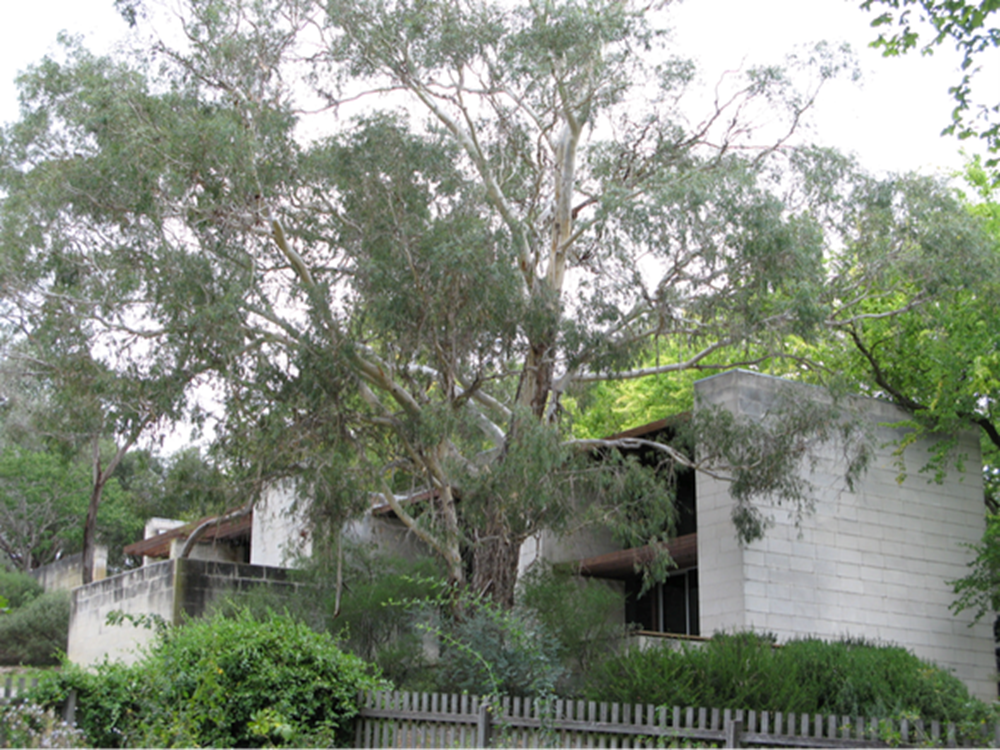 This is Heide Museum, near Melbourne. One of the reasons Kirsha and I have experienced a productive pair-bonding is that our biologically expressed but socially mediated interests are aligned. Sharing interests allows one to select appropriate mates, but it also allows the signaling of appropriate bonding mechanisms. If I liked hotting-up cars, say Toranas, then conspicuous displays of my Torana prowess, say a donut demonstration, would reduce the amount of resource expended on testing inappropriate mates with inappropriate interests. But I like art and, using my collection and the construction of a museum, I gave off signals to which Kirsha was apparently receptive. And so I took her to Heide. I saw, in Heide, the birth-pangs of Australian modernism (presently an uncomfortable metaphor). Kirsha saw in it a kindred spirit to her art garden projects –  in New Orleans and now in Hobart. John and Sunday Reed made Heide, and thus might been inadvertently complicit in the tenuous chain making our relationship. And, of reeds – 'Man', said Blaise Pascal, 'Is but a reed, the most feeble thing in nature, but he is a thinking reed'. That may be so, but our joyful little bundle of biology is female, not yet thinking so much, but already employing her natural gifts to elicit our love, to prevail on us to preserve her from breaking in the breeze. Our reed will be called Sunday. Never shall be Sunday too far away.

"Sunday, in the park with..." Mum & Dad?... Congrats & Thank you for giving us 'Arty Farties' such a Temple of Hedonistic Delights as the exotic and eclectic...MONA! xo :)

Congratulations on the arrival of your daughter Sunday. We have the same name (mine is in Greek) Kyriaki.

How wonderful to welcome to the world the lovely Sunday. Congratulations to her proud sleep deprived folks

A little bundle of gorgeousness! Congratulations to you all x

Superbly written,do shout it from the rafters. Mazeltov!! Sent from my iPad >

congratulations on the arrival of your beauriful baby girl

Keep reproducing! We need more of you both in the world. Congrats!x

She IS beautiful. Congratulations.

In my humble opinion, your best collaboration yet! Well done!

Oh, congratulations to you both! I think she is beautiful too, so 'your' evolution doesn't just see to that.
Love her namesake and her name.
Best wishes,
Flora x

Congrats Kirsga and David. An unusual but entertaining announcement. She is the best Sunday Eva!!

Congratulations on your gorgeous Sunday... Divine!

Beautiful beautiful Sunday . Wonderfully made . Look forward to singing to her .... M

She's bloody gorgeous, well done ! Enjoy the next bit of the adventure...

Beautiful baby, much joy to come.

Congratulations , may you find much happiness with another lovely girl.

Congratulations Kirsha and David, your beautiful little Sunday will bring you so much love and joy . So happy for you all xoxo cheers Lisa

What! a lovely thing.

Oh, a wonderful addition to the family ... Nothing can beat making your own :-)

Congratulations and Welcome to your beautiful little Sunday. Looking forward to many more blogs full of happy "Sunday" news, x

The art of making love. Or the love of making art (or museums for that matter). Reproduction by any other name is just as sweet , and so is Sunday. Yet another link in an unbroken chain. Well done!

Congratulations to you both on the arrival of your little Sunday

Love the narrative behind Sunday's name. Congratulations, David and Kirsha. Sunday is a joy to behold.

What wonderful news . Just like your museum has delighted the world. Your new baby Sunday will delight your world.

Wow! Kirsha, you certainly looked both beautiful and almost fully baked when I saw you at your Forum presentation at UTAS. Obviously that was the case. Well done to you both. You make beautiful Sundays!

Congratulations to you both! The road to happiness just got a lot wider but the edges just got more slippery. Enjoy every previous minute. :-)

Omg never has anyone done tongue-in-cheek while sounding so credibly intellectual, not that I have read, well, not in a while, anyway. Congratulations and all that.

Congratulations, what a beautiful Sunday it is!

congratulations. such a beautiful name. we also love heide & named our daughter mirka. here's to your darling sunday being as strong, generous, creative & kind as her namesake :)

Very nicely minted she is too! Congratulations 😃

Walshy
Glad to see you followed your dreams and also
Managed to successfully reproduce! My favourite Bowie song is still the last one I heard.....