When the museum first opened, this artwork, by Jon Pylypchuk, was displayed alongside a ‘spin’ painting by Damien Hirst. It was an odd coupling, one that seemed somehow to demand that I think about the myriad reasons people make and look at art. 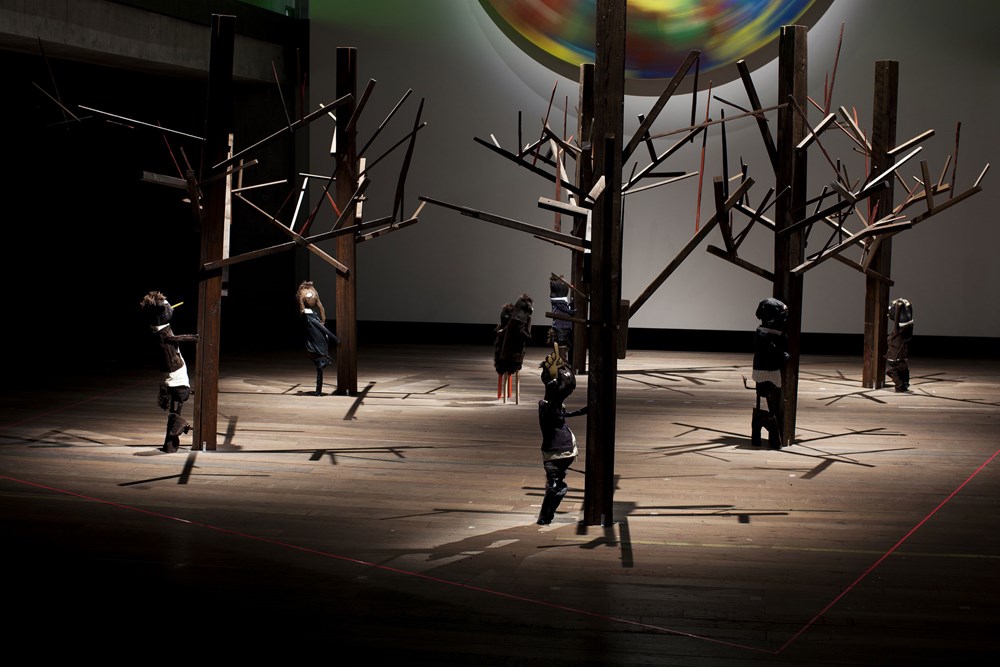 You asked me to come and see your routine, you call this a fucking routine?, 2006, Jon Pylypchuk

We sold the Hirst and some other works recently, part of David’s scheme to raise money to make MORE MONA – another wing to house his James Turrell fetish.

There’s three artists – Hirst, Pylypchuk, and Turrell – who illustrate the trinity of creativity at the heart of the phenomenon we call ‘art’.

Turrell is a craftsman and magician, tapping into our innate preference for the numinous. If you’ve been to the museum recently you could hardly miss his rooftop spectacular, Amarna. 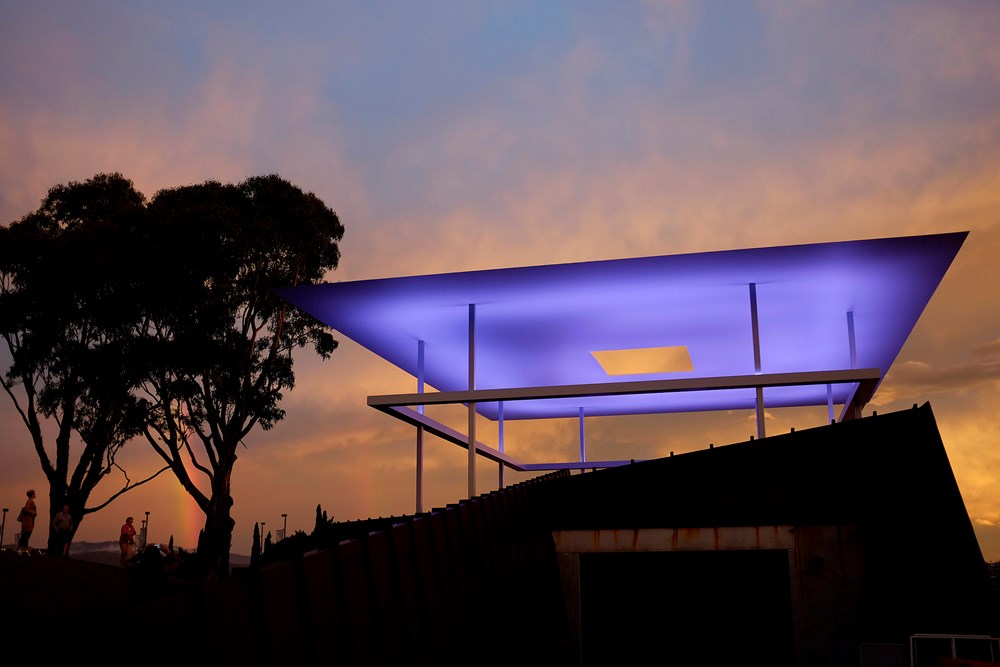 Hirst is hard. It’s so easy to dismiss him as a charlatan and to point out that he has approx. zero talent as a painter; no actual, nameable, hands-on skill or craft to speak of. But look harder – or in a different way – and he is a deeply traditional artist, in the sense that he is expressing his reality using the most relevant, up-to-date tools available at that particular time; what humans have been doing since they started making marks on the walls of caves with their hands. In post-Thatcher, empire-burn-out Britain (that is, in Hirst’s time), individual virtuosity was subsumed by the economic and nationalist nihilism of the era. In this context, the reverence with which we regard the figure of the artist – as a harbinger of authenticity, specialness, and truth about ourselves – was more than irrelevant, it was simply untenable. Art has always been packaged and delivered to us in a culture industry that stands in awkward (and sometimes arbitrary) relation to the fact of the artist’s actual talent. But for the first time, in turn-of-the-century Britain, the culture industry swallowed the artist and his talent entirely. Damien Hirst was clever enough to run with, rather than against, this sorry state of play, and in doing so made: a) A shit load of cash, and b) Us reconsider what it is we want from art. How far we are prepared to go to defend it. I posit that Hirst’s career ended with his debut as a traditional painter at the Wallace Collection in London in 2009. The public reaction to his exhibition of blue-themed, Francis-Bacon rip-offs – the Telegraph called it ‘one of the most unanimously negative responses to any exhibition in living memory’ – gave us a definitive answer to the question around which Hirst’s entire career had hitherto revolved. Are painting, drawing and individual skill important to us? Yes, they are.

What has this to do with Jon Pylypchuck’s collection of creatures doing unnatural things to trees? First, a little background. Pylypchuck came to art via laziness and apathy. At the time, he was trying to avoid getting thrown out of uni (University of Manitoba, Canada), and had ‘no interest at all’ in making art. Then he just started making this stuff he calls ‘scrap art’ with his friends, and thinking up stupid titles to make each other laugh. I don’t know. It just works. It’s weird and funny, that’s it. The weight of Turrell’s hope for humanity and of Hirst’s disorientating nihilism is crushed beneath its coolness.

David is philosophical about selling the Hirst work, but I am sad. Not because I loved that particular piece but because I have almost forgotten what it was like, in Mona’s early days, to have no set opinions on art, to be trying to work out what it’s all about. Thankfully I’ve still got Jon Pylypchuck here to remind me.

Probably wrong site to. Be saying this. Just want to express my appreciation that via the mona blog I can keep up with some of your interesting happenings. Have visited from melbourne In past but am grounded due to physical injury caused by some b of a health professional. It looks like along drawn out affair. David Walsh.s tribute to Oliver sacks was inspiring. If possible pls convey my gratitude and admiration to him. With gratitude,susi bendel.

I don't really see the trinity of creativity you're talking about, Elisabeth. There really isn't anything at all dynamically complementary in these three artist works. Ok, Turrel vs Hirst, I get you but P-chuk, interstitial? no.

I would say delvoye's multicodal shit machine, Cloaca vs Turrel and something like Kirscha's life art strikes a better balance. Or more polemical Buchel...but that was collaborative..