In the Macquarie Point vision, David Walsh and Leigh Carmichael have started, among other things, a conversation about how a public space might appropriately refer to the history of Tasmanian Aboriginals, and the relationship of Aboriginal and non-Aboriginal Australians. The Mayor of Hobart recently said, after some back and forth, that she would ‘welcome the precinct being renamed to an Aboriginal name, with a sentiment such as "walking together," recognising that we are all Tasmanians walking together on a path toward the future.’

Fifteen years ago I resigned my lucrative law partnership in Vancouver, sold my house, kissed my sweetie goodbye, and moved to Nunavut, Canada’s newest territory, the Inuit (Eskimo) homeland, genuinely excited by the prospect of working with legislation and a justice system that Inuit themselves were building within the framework of Canadian law, in their own state. Let me tell you what I’ve learned.

I was welcomed in Nunavut. Nobody could doubt my good faith; nobody did. But regularly—sometimes daily—I said things that, although they made perfect and uncontroversial sense to me, caused my listeners to wince, and furtively look at each other wondering how to tell me just how totally fucking wrong, stupid and offensive I had just been. And whether they took me on front and centre, or remained silent, or something in-between, I never felt good about it. I had to learn a new way of talking. I had to learn a new way of listening. I still make people wince, sometimes. I’m still learning.

Pronouns, for example. The politically-correct obsession with pronouns can seem absurdly pedantic. After all, once you’ve mentioned any group by name, ‘they’ is the grammatically correct short form.

But that is not the end of what ‘they’ means. Forgive me for stating the obvious: ‘they’ is not ‘I’ or ‘we’ or ‘you.’ In social terms, ‘them’ is the opposite of ‘us.’ It’s hard on anybody to hear themselves constantly referred to in the third person, neither addressed directly nor implicitly included in the speakers’ point of view. It’s excluding, diminishing.

One of the things the Mayor first said was, ‘Whether they want this to be a shrine, [or] equally if it’s just a place where they can explain their culture and show off some of the things that they do that are very significant to them, well I’d be very supportive of that.’

Out of forty-three words, five are ‘them’ or ‘they.’ Every eighth word or so reinforces the message that Aboriginals are Other.

I repeat: I have myself written sentences this offensive. And then I revise them: ‘If this is to be a shrine, or a place celebrating and exploring Aboriginal culture, well I’d be very supportive of that.’

I’m not saying the rewrite would meet with agreement all around. Taking out the othering effect of the third person and changing ‘show off’ to ‘celebrate’ doesn’t render agreement on the function of the place. It just lets the conversation move forward more easily.

Every time I realise I’ve done something like this—and yes, I still do—I get angry, defensive. It means the same thing! Fucking pronouns! Why does this have to be so picky! We all know I mean well! I climb down gracelessly, blushing... because it doesn’t mean the same thing. It really doesn’t. What makes me so damn uncomfortable is that I have to recognise the difference comes from something in me, something that isolates a group of people who are very different from me, and makes assumptions about ‘them.’ ‘I am not racist!’ I scream inside.

But there it is: like it or not, I occasionally default to assumptions that I have consciously rejected, that I have worked hard to overcome not just in myself, but in laws, institutions and infrastructure design.

No doubt there is survival value in distrusting the stranger; we seem to be hardwired for it. And distrusting someone who has a legitimate grievance against our ancestors… definitely not irrational. But not always useful.

We tend to dehumanise strangers, the people we do not know. The first humanity denied is complexity, individuality. 'They all look the same.' We expect a group of strangers to share a worldview and speak with one voice, as though the trait by which we identify them, the difference (Aboriginal, immigrant, gay, whatever) determines their whole being. This just does not work. Defining any person—much less a whole bunch of people—in terms of a grudge I assume they hold against me or my ancestors, for example, is inevitably going to be a huge mischaracterisation.

All of us—all colours, all labels—have to get past our xenophobic assumptions and habits of speech if we are to make things better, and the only way I know is to keep trying. Because every time I rewrite a bad sentence (or, even more embarrassing, have to correct myself in front of live people in real time) it rewires my brain a little bit. It’s humbling.

After fifteen years of this process, I read a sentence like:

‘It’s a place where we just simply acknowledge a tragedy that happened two hundred years ago,’

(I’m not saying that’s how it would sound to any Tasmanian, Aboriginal or not. I don’t know.)

Now when I read,

‘Whatever happened two hundred years ago is really, really sad, but lots of atrocities have happened. People came away here in ships, torn away from their families for stealing a turnip,’

I repeat: I have used words that way, thoughtlessly, tone-deaf. Of course the Mayor knows and believes that Aboriginals are people. Thoughtless, tone-deaf comments do not mean the speaker is racist.

When policy is intentionally built on xenophobic assumptions around race, when somebody actively advocates that approach to policy making—that’s racist. My assessment is that most old (and some new) legislation and institutions in Canada include xenophobic assumptions about aboriginals. The most adverse impacts are in infrastructure policy and planning, which can crucially affect quality of life. I’d bet that’s true in Australia, too, because of the giant-sized geography and colonial history. What I know from experience is that those assumptions have to be opened up and aired for the policy or institution to change in any meaningful way.

A conversation about race and colonialism is never going to be completely easy or comfortable. But as we partake, we evolve; and as we come to know each other better, distrust abates. Nobody held my stupid comments against me, once I saw how stupid they were. I usually didn’t even have to apologise. Something along the lines of ‘D’oh!’ or ‘uh… that came out wrong’ tended to suffice. Nobody held my ancestors against me, ever.

Although this conversation often provokes anger, anguish, guilt, embarrassment and frustration, those feelings are incidental to the conversation, not its substance or essence. Yeah, guilt happens sometimes, when I realise what privilege I have, and how I have taken it for granted, but usually it’s more like sadness. All of us discussing these fraught issues, Inuit and non, struggle with emotion sometimes. Emotion has to be acknowledged, even honoured. It abates, if not resisted or denied, and then we can get back to the agenda. Of course, we don’t always manage that process as gracefully as we could wish; we’re human. To quote Samuel Beckett, ‘No matter. Try Again. Fail again. Fail better.’ Sometimes after a bit of a break.

And although the conversation about race, resources and colonialism must involve some consideration of our conflicted past, the past is not ultimately what is most important. What’s important is who we are now, in all our complications, and what we do now and for the future.

I can point to good policy and programs Nunavut has designed through these conversations; that makes the whole damn thing worthwhile for me. When one of those good things is taken up across Canada, to our national benefit, I know it’s worthwhile for all of us. I grossly underestimated how much work there was to be done fifteen years ago. But I am at least as optimistic now as I was then, because I know it can be done, and I know how: by speaking carefully, listening respectfully, honouring the silences. By allowing for the possibility that conversation can change our minds, where all change starts. It is conversation—that difficult, uncomfortable, illuminating conversation—that builds the path on which we walk together toward the future. 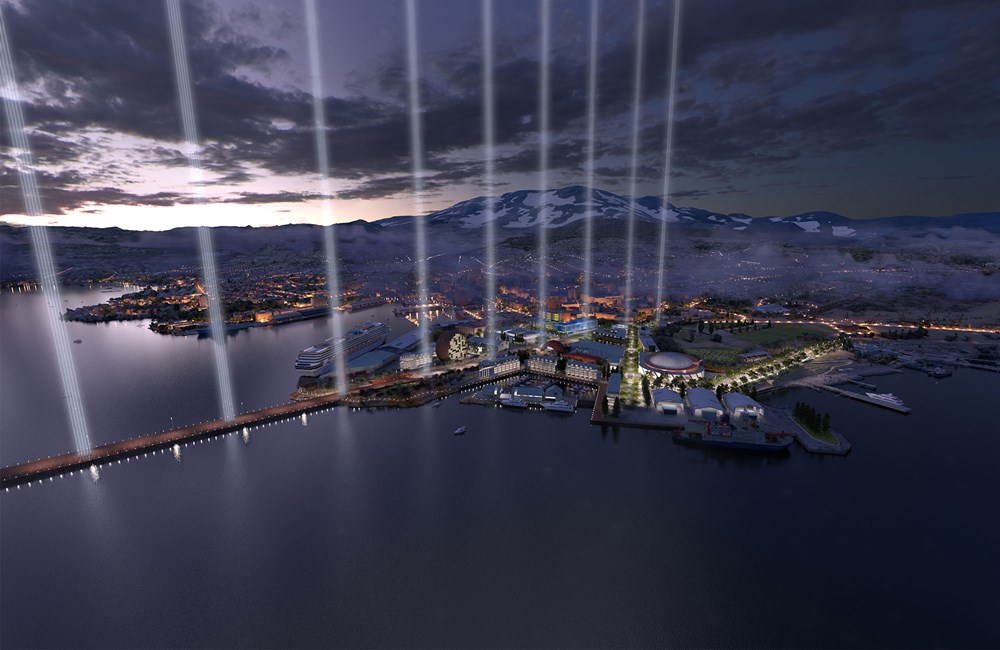 Dear Ms Hollis, Very positive and also think it would be terrific if Aboriginal contributions to our nation could be a feature. Artists, craftsmen, soldiers, environmentalists, sportspeople, storytellers, hunters, Aboriginal care of the land for the eons before colonisation ... all these aspects and more show the many positives of Aboriginal culture. You have taken The Mayor to task for her semantics but perhaps she was trying to say the same thing I am. That concentration on the negatives to the exclusion of the positives is an unbalanced view which only reinforces stereotypes. And which visitors will avoid. That said, I don't envy those concerned at MONA trying to walk the fine line that keeps everyone happy! Regards Lyn Smith Battery Point.

Very well written. But do you know your hosts? They have a 'lot of work to do' "listening" to their own employees. And allowing them to exercise right of association with organisations whose aim is to protect their rights.
Again, good article, and the 'linguistic turn' here; how to speak, how to listen, really makes sense here.