Tasmanian artist Patrick Hall made this two-part cabinet, called When My Heart Stops Beating, as a commission for the opening of Mona in 2011. It was made to sit at the entry to what used to be known as Mona’s ‘sex and death gallery’ (which doesn’t exist anymore) and Patrick was specifically responding to the sex and death theme. ‘What I wanted were these two opposing sides,’ he said to me in an interview in 2011.

The kinetic, moving side with the records that come on—to me that signifies that brief moment when you’re active, and you make decisions, and you’re present in the world. And then the other side is more this kind of archive, what’s left behind when you no longer are there. I think all artists harbour this closeted desire to live on beyond their mere presence. That’s the death part. The living part, the sort of sexual part, is the lung-like movements of the records.

When you pull the drawers out you hear voices telling you they love you—or, more accurately, telling Patrick. They are his friends and family, with some friends of friends as well he said, because he was keen to include a diversity of accents and so forth, people of ‘different ages, different genders, different ethnicities, all saying this same thing’. There are small stories emblazoned on the inside of the drawers as well, written by Patrick himself in case that’s not obvious. I didn’t ask him but I imagine they are a mix of autobiography and fantasy, little snapshots that he may have experienced in some form or another.

Over the years this work has been chosen by some of our more amorous visitors as a spot to get engaged. This kind of surprises me because it is quite a painful look at love. It doesn’t say anything to me about that upbeat, champagne-sipping sort of stage of a relationship, but more about companionable intimacies nurtured over a lifetime. For me it is somewhere to come to think about an old friend. Or maybe to find solace for the pain of loving a child. ‘Here in the dark he lies,’ reads one of the texts inside the drawers, ‘he who has given death a face and a terrible power and you armed only with a simple plea “I want to see what he becomes”.’

But however you interpret the love depicted in this artwork I do think it represents something of a departure for us (meaning Mona). On the one hand it is central to the museum and always has been. But on the other it says something that I feel that we (as a collective) have only just tuned in to. We’ve been preoccupied with getting to the bottom of what people are: are we machines for producing gut bacteria (the shit machine, Cloaca)? Or maybe ‘sacs of fluid floating around in space trying to poke holes in one another’? (That’s a quote from Gregory Barsamian, the artist who made Artifact, the giant head that simulates, metaphorically, the workings of your consciousness.) We are mechanical meat envelopes, but of course we are more; we always knew that, but what is that ‘more’ exactly? (Is ‘envelope’ the right metaphor, given that it implies there is something to envelop?) I don’t know. But I feel I’m a bit closer, seeing this work again for the first time in a few years. That comes down to that two-part structure Patrick was talking about: the active but temporary turning of the records, and the more abstract, but permanent, part that is left behind—the meaning of you, in the minds of those who love you. 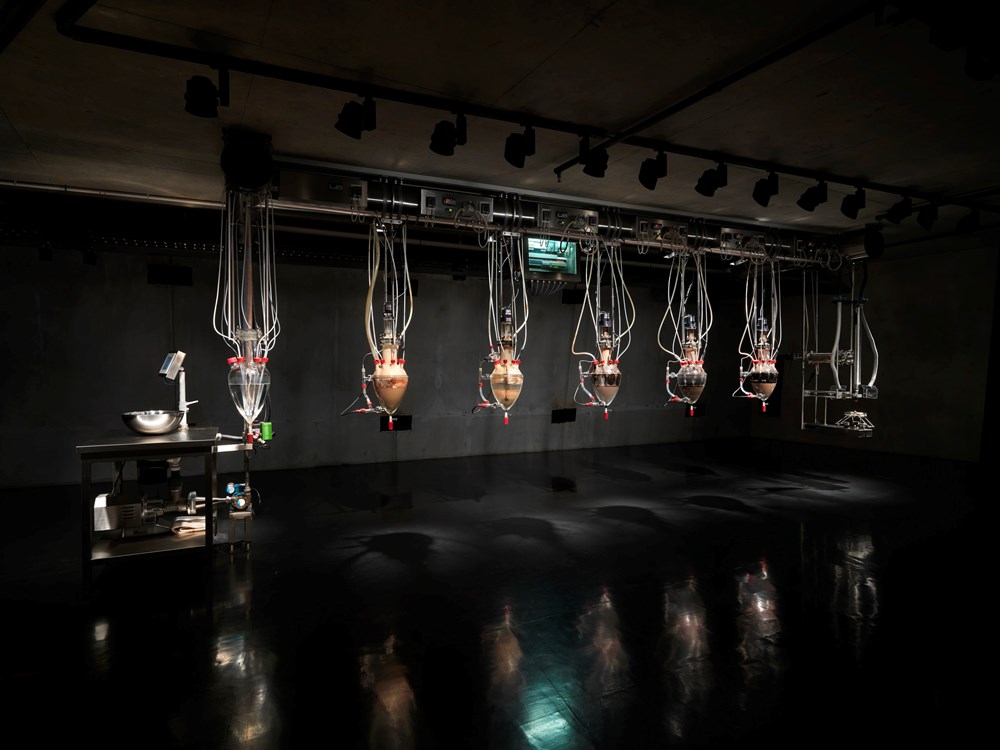 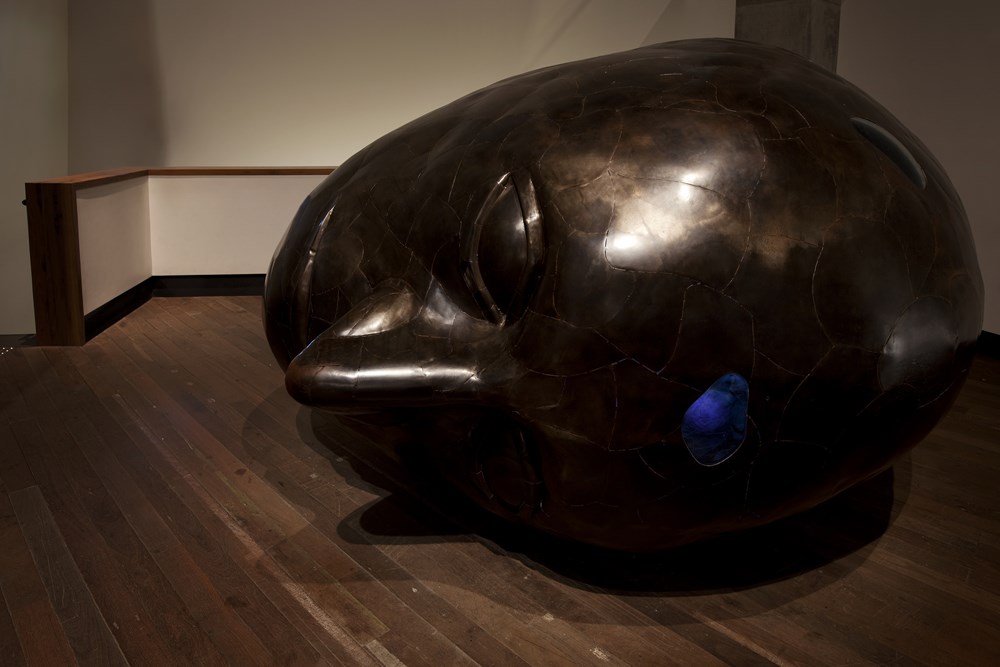