Sit on sheep / tigers. Go to the bar. Treat yourself to the Posh Pit: a private lounge and deck with free drinks, tiny food and inflated egos.

The best way to get to Mona is by ferry. In fact, the approach by water is built into David's design—see below. There are 99 steps upon arrival, and an accessible entrance via tunnel if you require it. If this is you, please make yourself known to our delightful onboard staff.

According to ancient Greek tragedy, the trajectories we follow are at the whim of divine powers, and the mercy of natural forces (which are, in turn, compelled by the divine). An ancient Greek life was a battle with fate. And an ancient Greek sea voyage provided temptation for the Furies to intervene.

The Furies typically don’t intervene with the Mona ferry. There is no victory snatched from the jaws of defeat, no need to ascend the shores, thence to descend into the cavern of the Oracle to give thanks.

That the ferry ride is so safe now is a result of ineluctable gradualism—a remorseless process of refinement over the interval from ancient Greece to modern Mona. That it all works so well now is metaphorically embedded in the structure of Mona. Descent follows ascent, but no deities need to be propitiated. A toast to technology and the indifferent insight of science will suffice.

The upshot is: even though there’s a shortcut, Mona requires you to climb the 99 steps to then descend again. Taking the tunnel would be too easy. 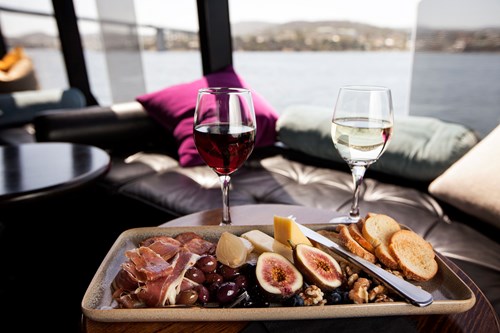 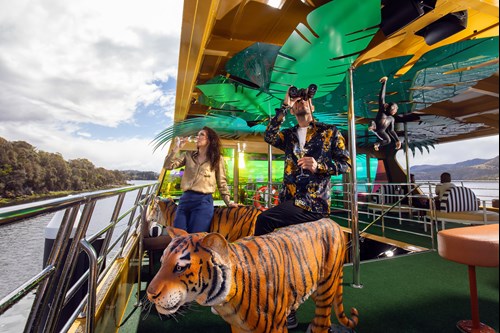